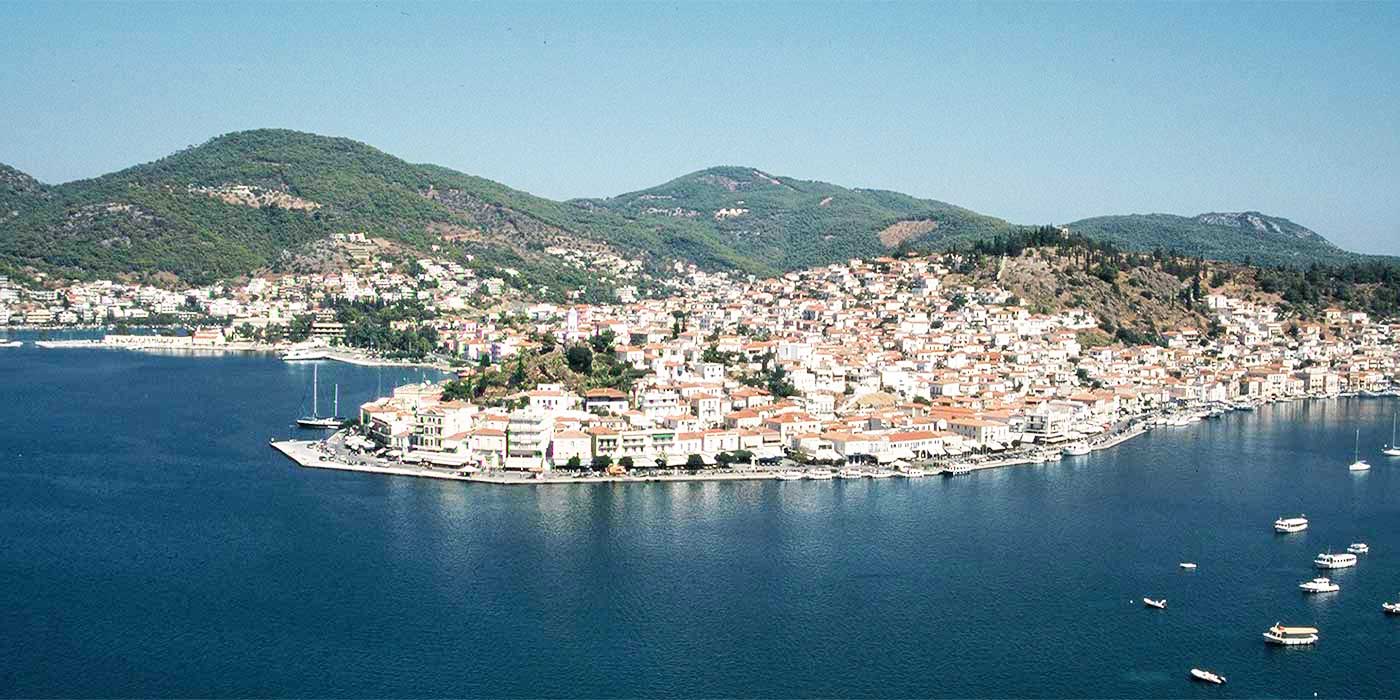 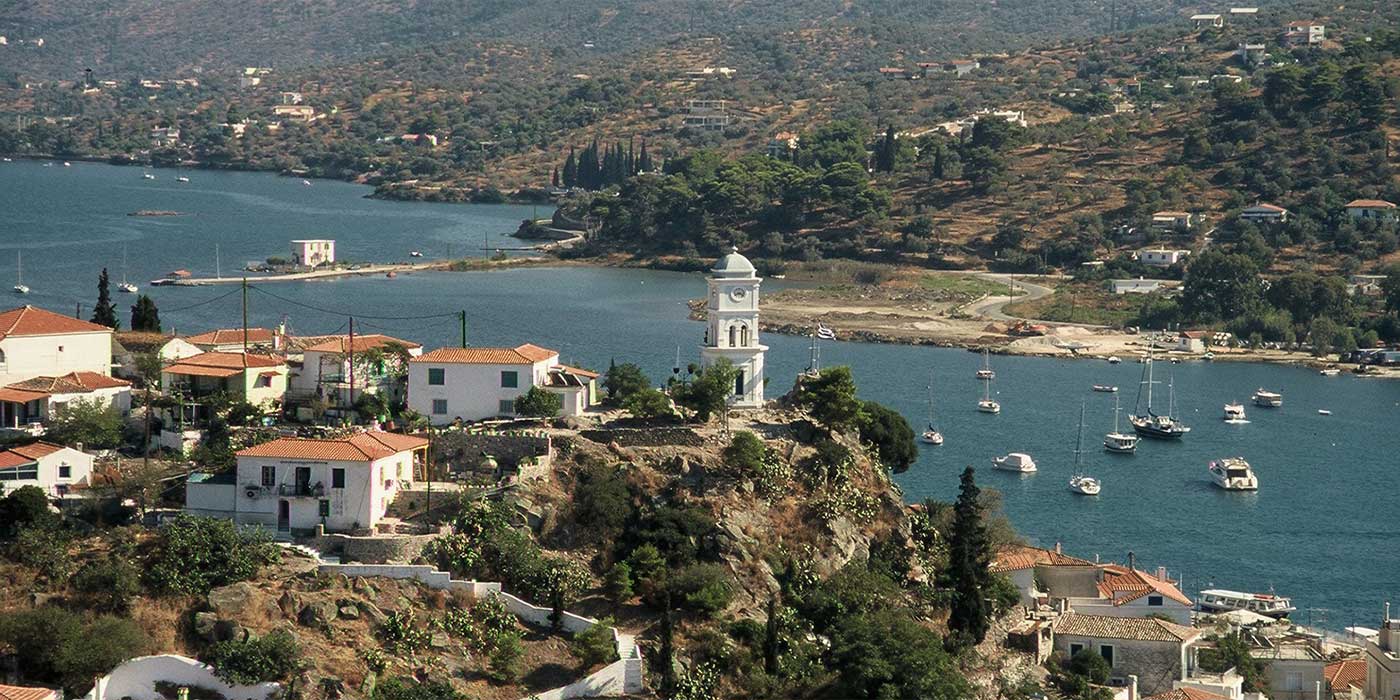 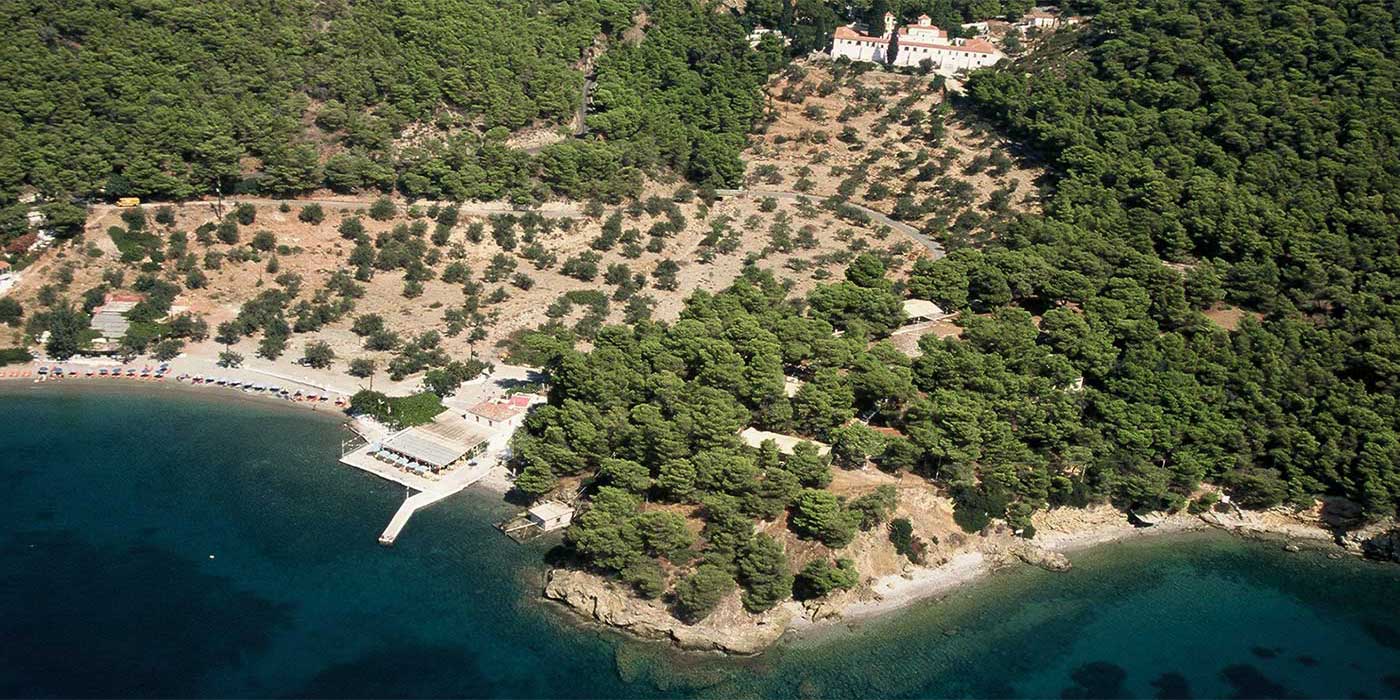 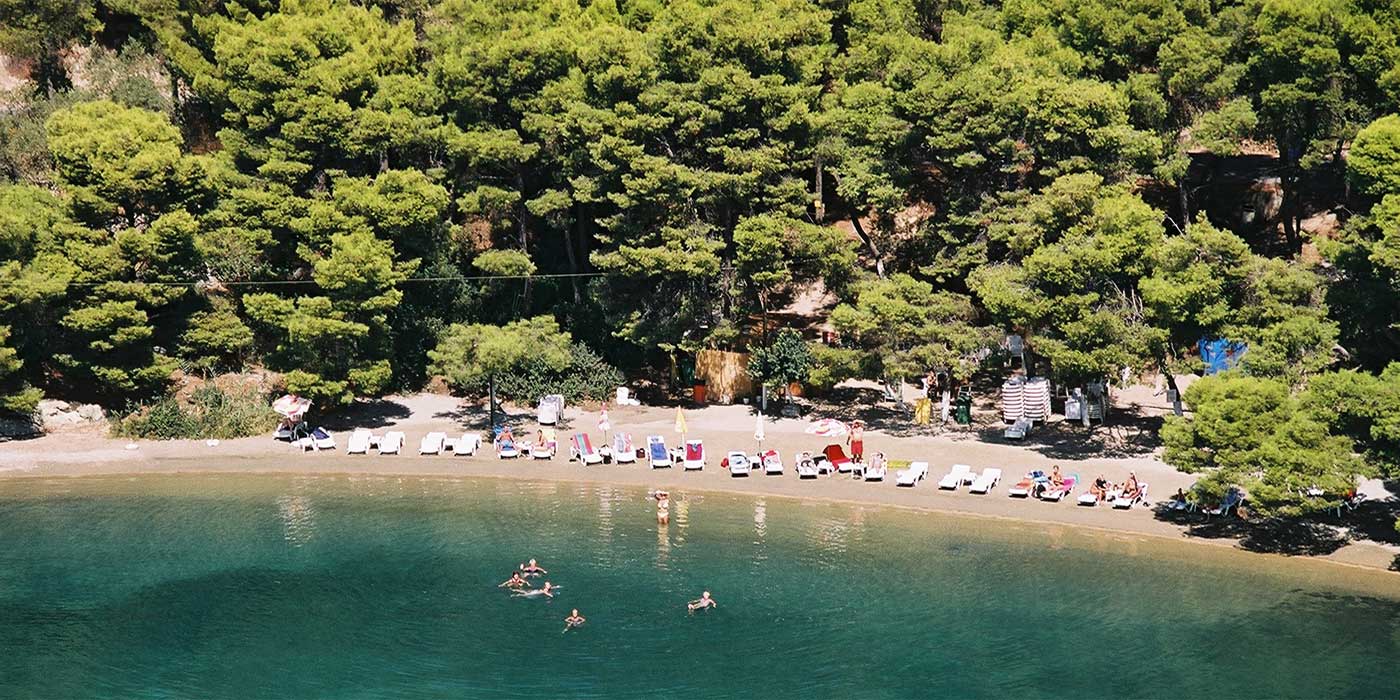 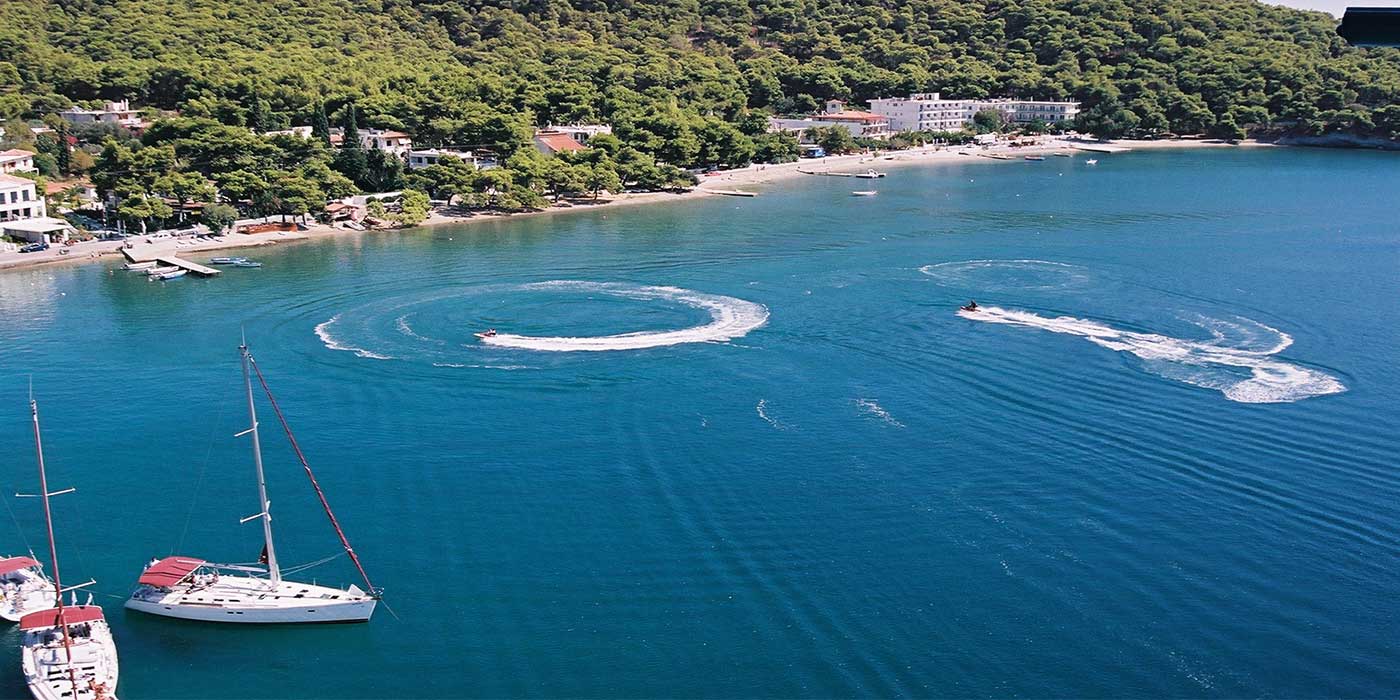 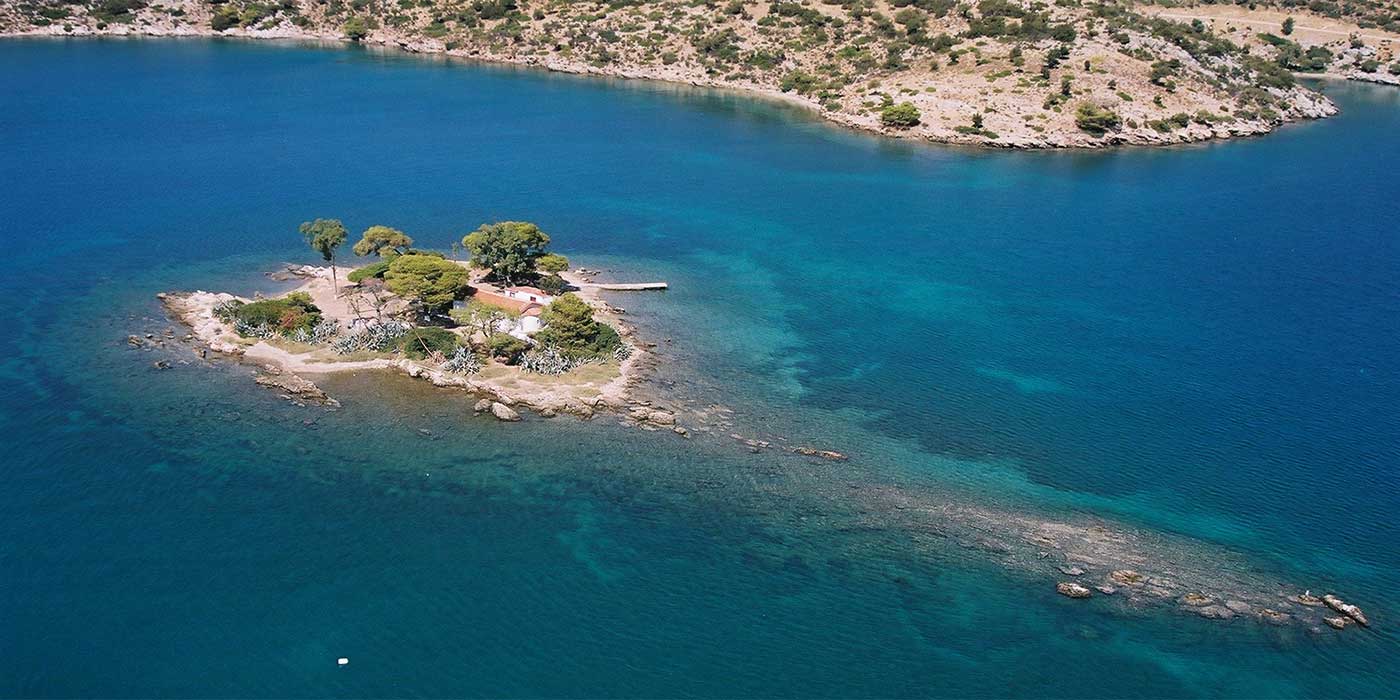 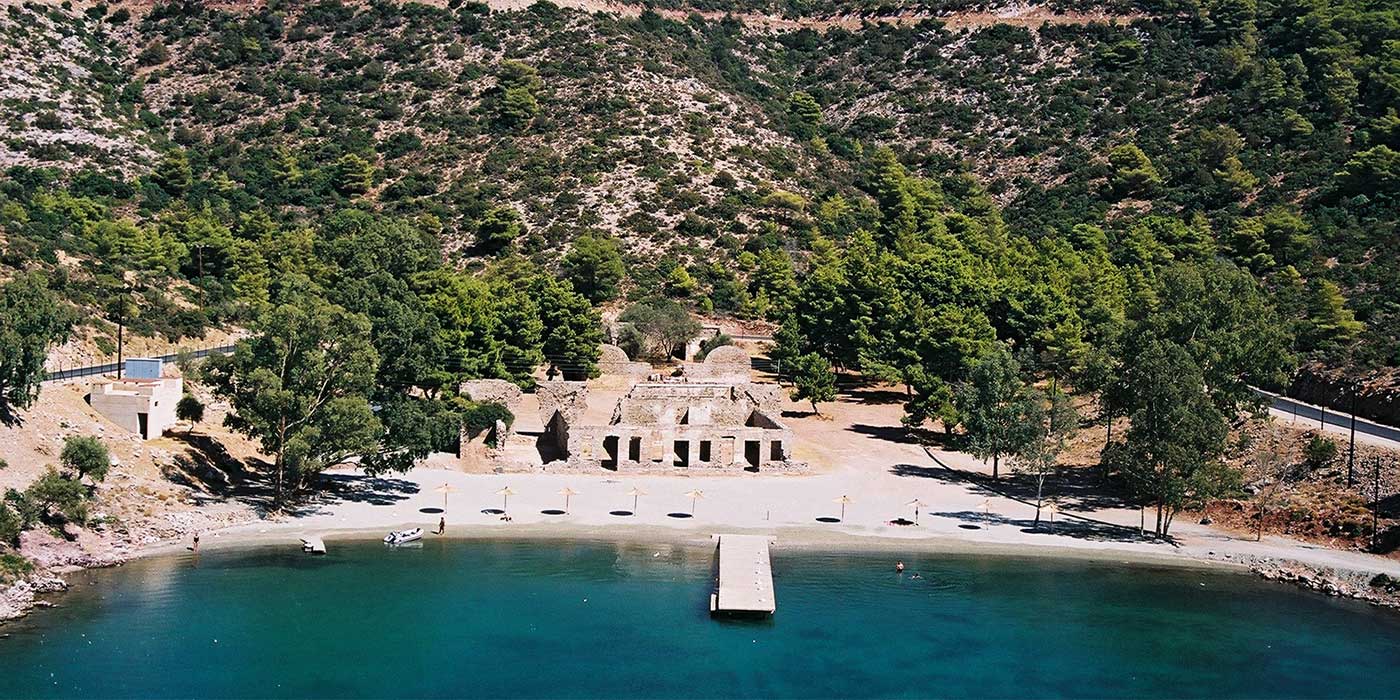 Poros is the isle of serenity and relaxation, where one can enjoy taking romantic strolls. It's full of pine trees which reach the shores and the sandy beaches The residents of Poros are no different from other Greek islanders in spontaneity, dignity and hospitality. The large homes on the beach have a neoclassical style in contrast to the common duplex houses in Brinia, Milo, Pounta and Kasteli. The first dwellings were built in 1463 and located around the famous Clock.

In the center of the city you can find the Town Hall, the archaeological museum, a public library along with a reception hall for exhibitions and other cultural events.

Many taverns are sparcely located among the picturesque alleyways and the whitewashed houses of Poros which are surrounded by bougainvillea . Visitors can enjoy souvenir shops, cafeterias, taverns and clubs playing Greek and English music all along the pier.

Along the coast going towards the training center, we come across the open air movie theater "Diana" which has premiers of the best films shown this past winter. Right next to it is the exhibition hall of Poros that constantly has exhibitions.

Bus and taxi terminals are located in the center of the beach area. Access to boats that go along the shores of Galata is also available there. Public transportation around the island runs pretty smoothly all day. Buses leave every hour while boats depart every ten minutes. On the beach you can find scooter and bike rentals whereas cars are rented right across the island, in Galata.

Leaving the center, you will see the Pregymnasium in the northwest which happens to be Othona's first residence. Today, this area is used for sailors' training and ranking. After passing the field you will come across a small canal separating Sferia from Kalavria.

After crossing the canal you will encounter Sinikismos, the first community of Asia Minor refugees. Towards the end of Sinikismos, if you follow the spiral road surrounded by enormous pine trees, you will end up in the church of Our Lady Agia Zoni where festivities take place on July 2nd. It's located between a steep cliff with lots of trees and running water where the Temple of Poseidon is also found.

On your way back to the canal's bridge, towards the left and west, you will see an area called Perlia. The road continues along the coast, passes through Villa Galini and Mikro Neorio and, eventually, reaches Megalo Neorio. Further down is the Love cove, the Russian dockyard along with the islet called Daskalio.

On the right hand side of the canal's road you will pass through Kanali. Heading east leads you to Askeli. As you continue, the road branches out towards the monastery of Zoodohos Pygi, going north you will reach the temple of Poseidon, Vagionia and passing by Agio Stathi and Profiti Elia it goes back through Sinikismo to the canal.

Today, Poros is justified as the ideal vacation spot due to its traditional shades, picturesqueness, cosmopolitan lifestyle and its contemporary facilities. 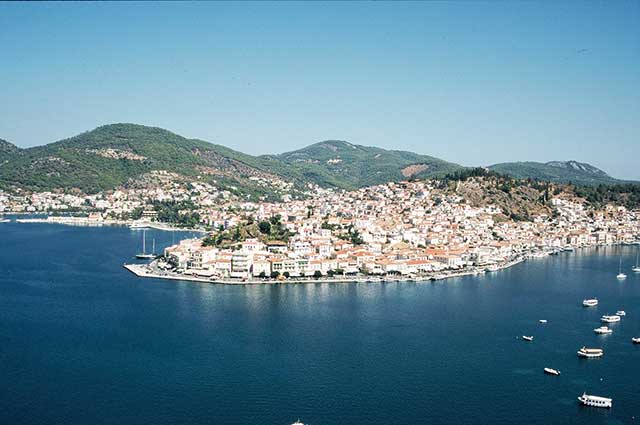 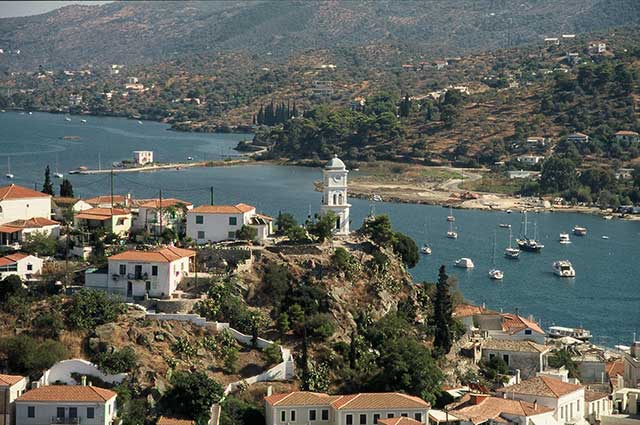 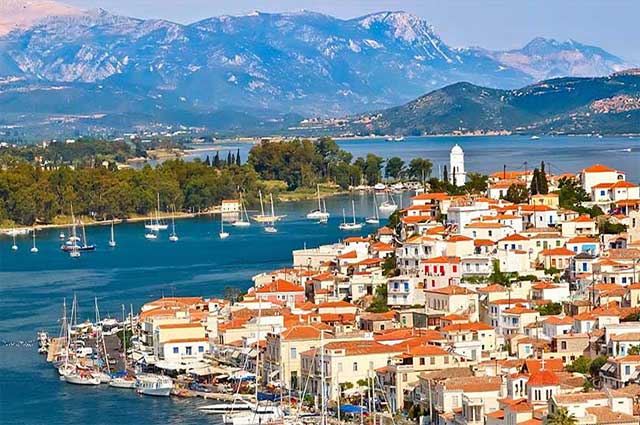